In 1986, whilst workmen were treating roof timbers against death-watch beetle and woodworm, fire broke out.  The Rector at the time, the Revd. Peter Kefford, wrote:

“On Monday 8th September at approximately 3.30pm … fire swept through the nave roof. The Fire Brigade arrived before 3.45pm and left at 8.20pm. The fire blackened the entire roof and charred many roof members. Several timbers cracked and twisted badly and during the next 8 days the inside of the nave walls was scaffolded extensively to support the roof and protect the walls.  Simultaneously the nave walls were buttressed externally with raking shores.  The church was declared unusable and all services, including weddings and baptisms were transferred to St Barnabas Church, Pound Hill.  After extensive negotiations … it was agreed that the nave roof would have to be entirely removed and rebuilt.  In view of this, the entire contents of the nave had to be removed.  The organ was dismantled, the nave floor removed and all the memorials and Saxon stonework and arches eased up.  The gallery and font were boxed in. The total cost of the work will be £499,864.”

The work was completed in the summer of 1988 and it was during the rebuilding that archaeologists were able to date the church’s original construction and now believe it to be the eleventh oldest church in the country.

The resulting simple lines of the roof structure are in stark contrast to the old, ornate (and heavy) Victorian structure erected in 1870. Experts believe this probably resembles earlier roof structures more closely than did the Victorian creation.  The roof panels bearing double cross motifs also carry the inscription “A.M.D.G. 1988”: “to the greater glory of God 1988”, to mark the restoration.

You do not have to attend our services to want to see this church and churchyard looked after for future generations, so please help us maintain the ancient building and churchyard of by becoming a Friend of St Nicholas. 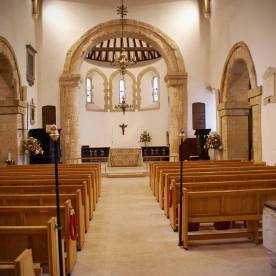 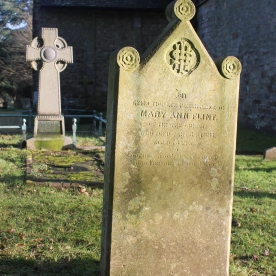 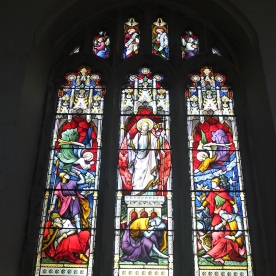 The choir in 1988, after the rebuilding